This past Sunday brought three incredible country artists to the stage at PNC Music Pavilion in Charlotte, NC. As has been the case for the past couple weeks, the weather was absolutely beautiful. A 90 degree day turned into a low 80s, high 70s evening – the perfect night for a concert. With three big names set to rock the night, the great weather was the final ingredient to and incredible time. When the doors opened at 7:00 pm, the party was underway. 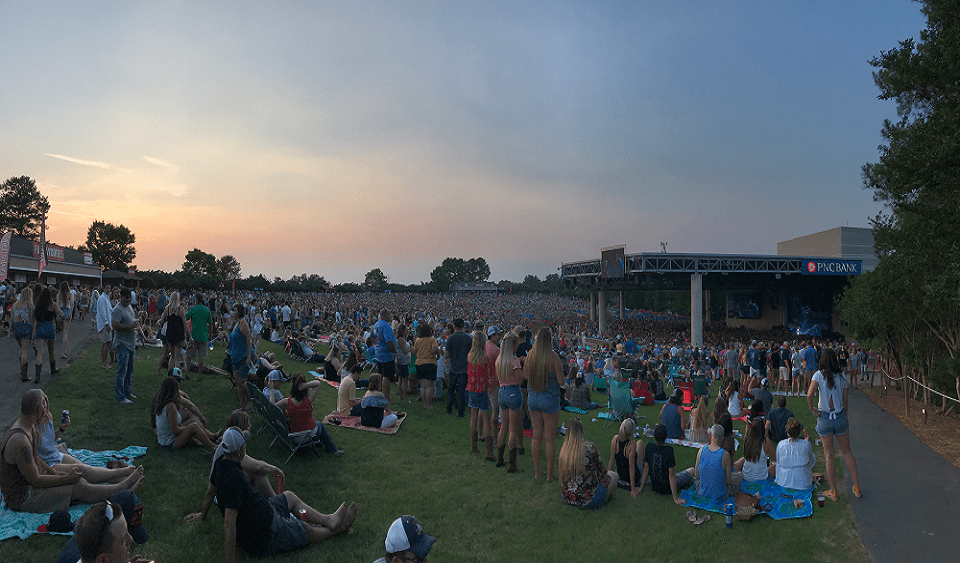 Jon Langston got the show started. After about a 30 minute set that got the party going for those who had wrapped up their tailgating activities, Cole Swindell came on at about 7:45. Swindell sang all of his big hits, everything from Chillin’ It to Ain’t Worth the Whiskey and Middle of a Memory. As an artist who could very easily headline his own tour, Swindell set the table for the main act of the night.

The act was none other than Luke Bryan. One of the biggest country stars in the nation, Bryan did not disappoint. The country megastar had Charlotte on its feet for the entire hour and a half long performance. Bryan played all of his popular songs, from the old to the new. PNC Music Pavilion was rocking the entire night, seeemingly singing word in sync. The weather was great, the music was better, and the first concert at PNC for the month of June did a great job of setting the tone for what’s to come.

If the coming concerts are anything like the trio of Luke Bryan, Cole Swindell, and Jon Langston, then we are in for one hell of a summer in Charlotte, NC.