With nine big concerts coming to Charlotte, NC this week, there’s plenty of live music listening opportunities for the entire city. This week features concerts at The Fillmore, The Underground, the Charlotte Metro Credit Union Ampitheatre, and PNC Music Pavilion. Names like O.A.R., Phish, and Denzel Curry will be performing, with Todd Rundgren getting the week’s concerts started tonight. 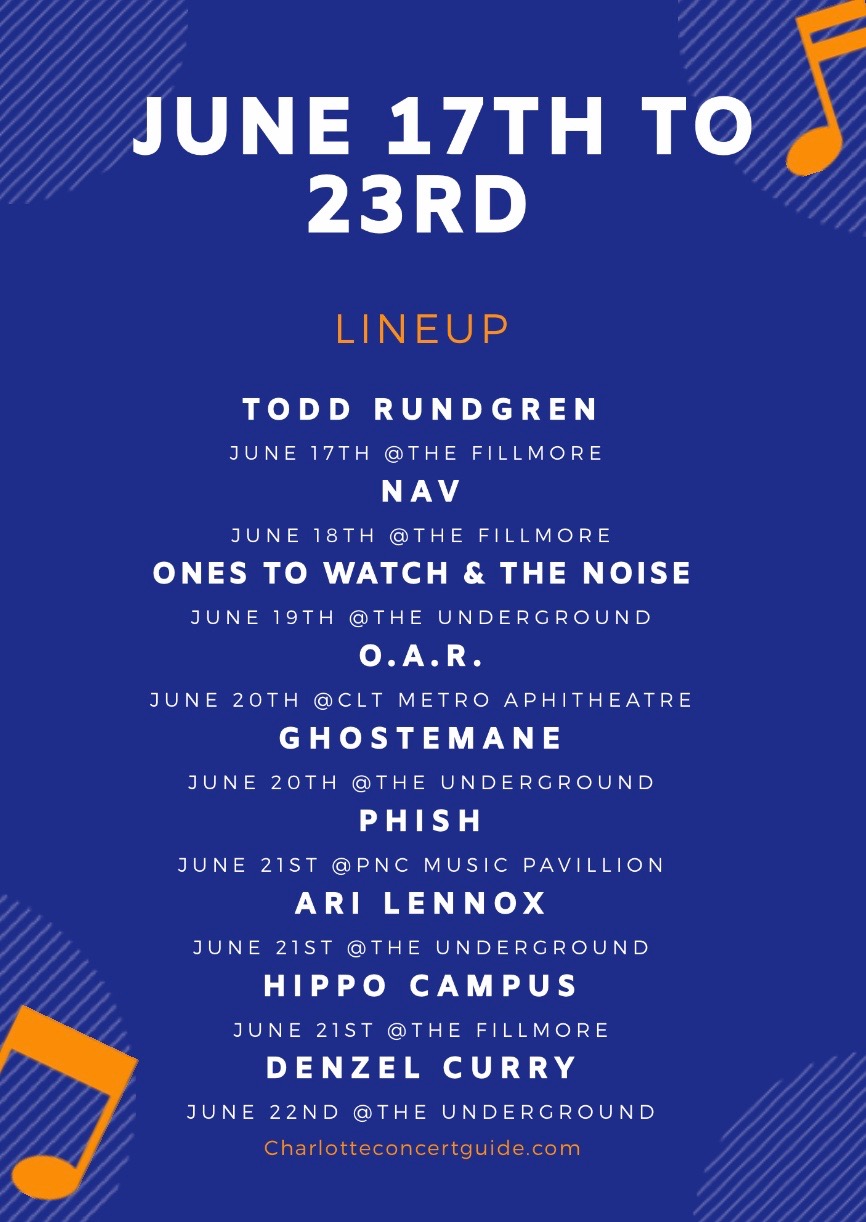 Great weather is expected most of the week, so come join us and enjoy the fun!