The beginning of August 2019 brings an event to Charlotte, NC that the Queen City has never seen before. On August 3rd, Charlotte’s first ever Ecuadorian Festival will take place in Plaza Midwood at the Midwood International & Cultural Center located at 1817 Central Avenue, Charlotte, NC 28205.

The festival kicks off at 12:00 pm and will run all day long, wrapping up at 7:00 pm. Tickets can be purchased the day of the festival and are only $5 for the public. Children under 10 years of age will be admitted for free.

The Ecuadorian Festival will feature live Spanish music from local bands as well as authentic Ecuadorian food and so much more. The featured bands will be MoFunGo, Orquesta Mayor, and Cariño Band. 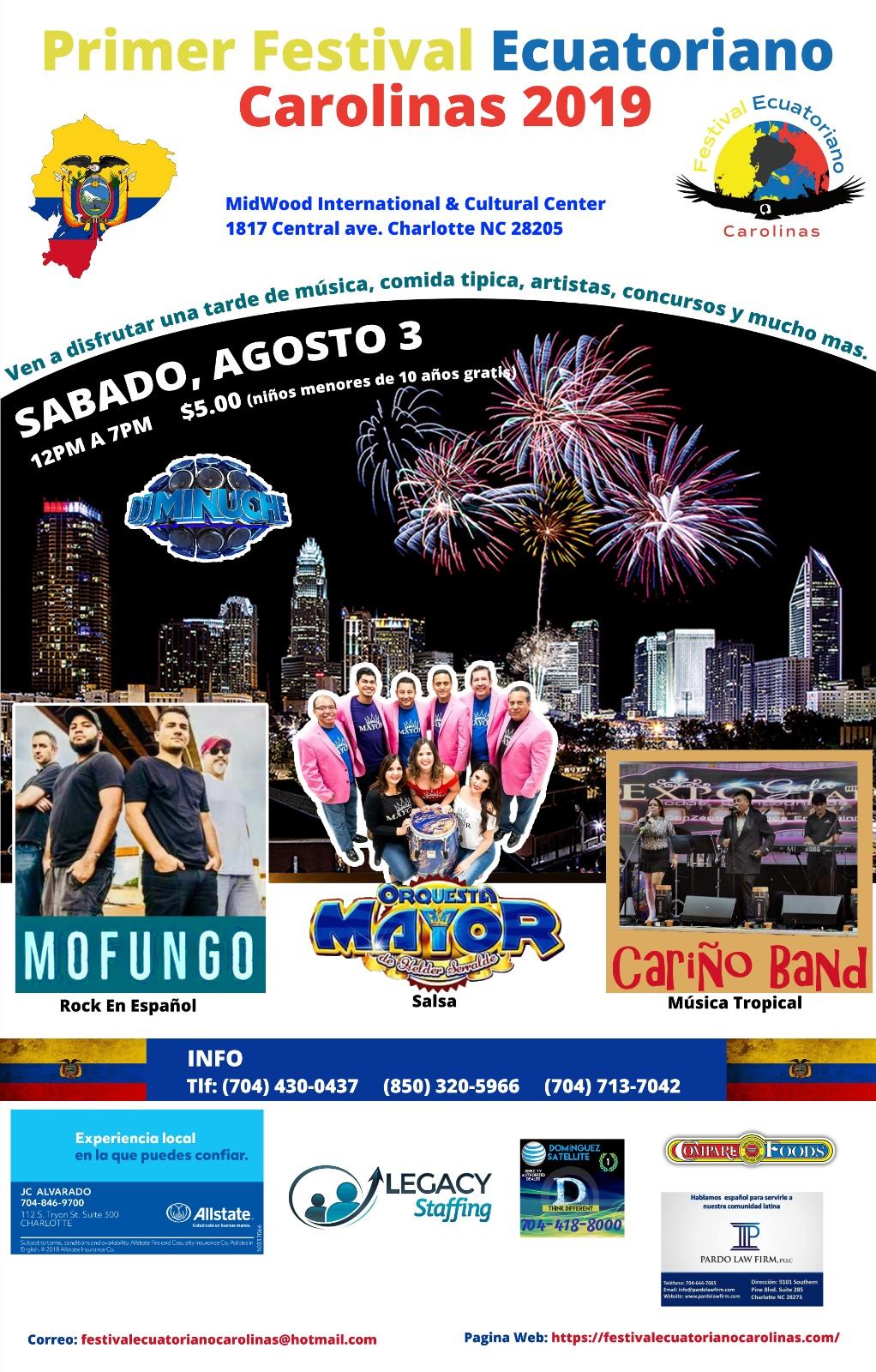 MoFunGo is a local cover band in Charlotte, NC with a lot of Spanish Rock songs in their repertoire. Spanish artists they cover include Carlos Santana, Soda Estereo, and Franco de Vita, among others.

Orquesta Mayor is a local salsa band that came together in 2006. Since their inception, they have performed at several festivals and accompanied several renowned singers throughout the eastern United States.

Cariño Band plays tropical music and is also based in Charlotte, NC. Having performed at several festivals, weddings and events over the last four years, they perform great music to dance along with.