Wednesdays Are for Wiz

Wiz Wednesdays. That’s what yesterday was in Charlotte, anyway. Wiz Khalifa took the stage at PNC Music Pavilion in Charlotte, NC around 9:45 pm last night after a lineup of performances that included French Montana, Playboi Carti, Moneybagg Yo, Chevy Woods and DJ Drama.

Almost a festival in its own right, the Khalifa-headlined concerts were a treat for rap fans of all ages. After incredible performances starting at 6:00 pm, French Montana got the crowd going as the sun went down, setting the stage for the man of the night: Wiz Khalifa. 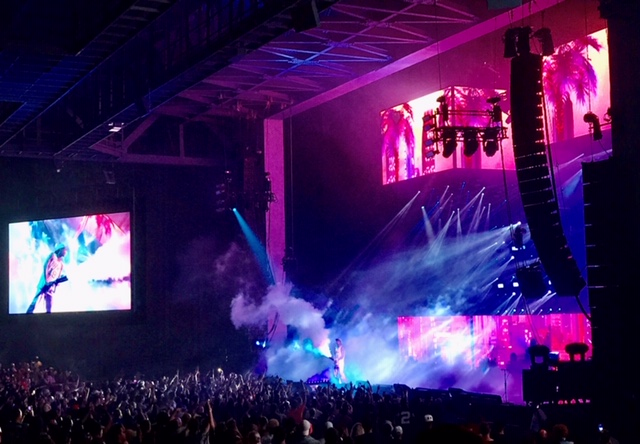 Khalifa entered the stage decked out in all white, sporting a Los Angeles Dodgers hat and a Boston Celtics NBA jersey that was customized to say “Bash” on the front, “Khalifa” on the back, and the number “19.” Performing a combination of new songs and old, there was something for each generation of Khalifa listeners. For those who prefer the new Wiz Khalifa music, he unveiled a new song for the Charlotte crowd. For those who still jam to Khalifa’s old stuff, songs like Roll Up, On My Level, and of course Black and Yellow graced the loudspeakers.

On top of the musical and lyrical talents, the visuals were also incredible. From spraying foam to mesmerizing lights, PNC Music Pavilion was lit (pun intended).