Charlotte Nearly Had It's Own Country Festival on Saturday

This past week was loaded with concerts all over the city of Charlotte. From a rare duo in Lil Wayne and Blink-182; to two of the greatest of all time in their respective genres in Mary J. Blige and Nas; to the throwback jams of Nelly, TLC & Flo Rida; there was still one show that seemingly took the cake for the week: Florida Georgia Line, Dan & Shay, Morgan Wallen, and Hardy.

It was Saturday night at PNC Music Pavilion, and the show kicked off at 7:00 pm. Hardy was the first one to take the stage and he put on a great opening country performance in front of a quickly filling venue. 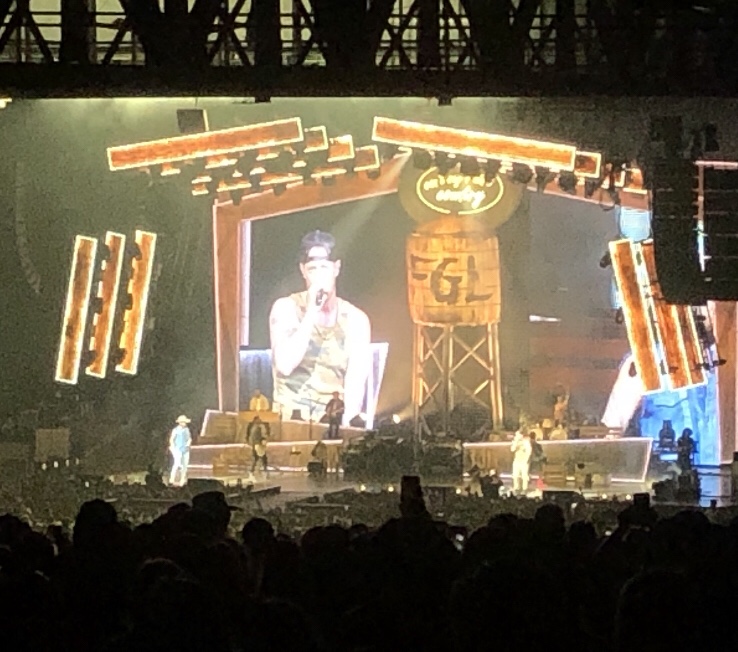 Morgan Wallen came on around 7:45 pm and nearly had the entire seats and lawn filled before his performance finished. Playing several of originals, seemingly everyone in attendance was singing in unison as Wallen closed his set with his two biggest hits thus far – Up Down and Whiskey Glasses.

When Dan and Shay came on around 8:50 pm, PNC Music Pavilion was packed from front to back. A duo that never fails to impress, the two will likely be headlining their own concert tour next summer.  They rocked the place and had the crowd on their feet for the entire set, playing all their biggest songs including All to Myself, Speechless, 19 You & Me, and Tequilla.

Then it was time for Florida Georgia Line. At 10:00 pm, the second duo of the night took to the stage when they opened with their chart-topping single, Colorado. Immediately followed by one of the most listened to country music songs of the last 15 years, the venue went into a frenzy when Cruise blasted through the speakers. FGL followed with songs off their latest album Can’t Say I Ain’t Country, which is also the name of the tour. Playing a mix of their biggest hits from the past and present, Florida Georgia Line put on one of the best performances that Charlotte, North Carolina has seen this summer.

About halfway through the set, Florida Georgia Line took a minute to pay tribute to the brave men and women who have fought for our great country. Partnering with The Independence Fund, a nonprofit in Charlotte which strives to help wounded veterans, they provided wounded United States Army Veteran Ryan Long with a state-of-the-art, all-terrain wheelchair. Florida Georgia Line has done the same for other wounded veterans at previous concerts during their current tour.

The night concluded with an encore that featured three of Florida Georgia Line’s biggest hits of the past few years and today – Simple, Meant to Be, and This is How We Roll. The evening featured four incredibly talented acts from the country music world, and each one of them exceeded all expectations. Add in the fact that the weather featured zero clouds and 82 degrees, and one might call it a perfect evening.