Courtney Lynn & Quinn are a local duet in Charlotte, NC and just released their first single, Fire, today. Check it out by clicking here! With inspiration from songwriters and groups such as Brandi Carlile, Joseph, and Grace Potter & The Nocturnals, Courtney Lynn & Quinn have taken the local Charlotte music scene by storm.

After first meeting in Los Angeles, CA in 2012, Courtney Lynn & Quinn began writing music together in 2015 when their paths crossed again in Phoenix, AZ. In 2016, the two moved east where they decided to pursue their musical careers together here in Charlotte, NC. 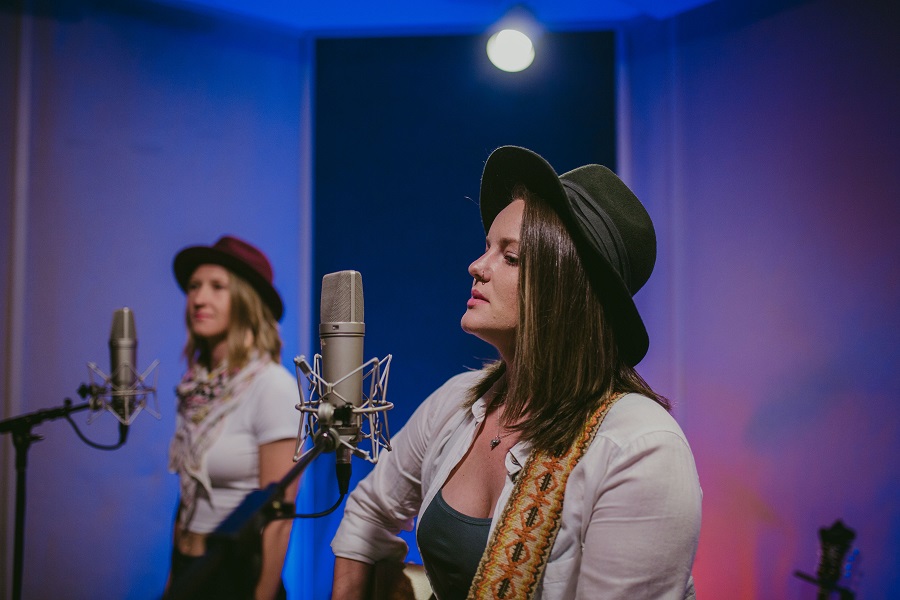 Courtney Lynn & Quinn are garnering not just local attention, but national attention as well. The duet won the Songwriter Universe Contest, a national award which was received for their original music. They have also been featured as a standout artist on NPR’s Charlotte music playlist, Amplifier, and recently performed on the local news broadcast Charlotte Today on NBC’s local television station affiliate in Charlotte.

Courtney Lynn & Quinn are routinely performing throughout Charlotte, NC and across the Carolinas. They are currently in the process of recording their debut album titled Remiss. The album is described as a “darker, grittier, and more soulful expression of their sound and growth as a band.”

Courtney Lynn & Quinn have upcoming shows tomorrow August 15th at 9:00 pm at Petra’s, and on Saturday August 17th at 3:30 pm at Charlotte Pride. They will also be taking the stage for River Jam at the U.S. National Whitewater Center on Friday September 6th at 7:00 pm. In addition, the two host the Thomas Street Tavern Open Mic every Wednesday evening in Plaza Midwood.