As we move into October, visits to pumpkin patches and hayrides are sure to be high on the list of things to do. But don’t forget to also mix in some live music this week, because we have quite the lineup in store.

The week is headlined by Breakaway Music Festival – a traveling music festival that stops in Charlotte on Friday & Saturday and features several big names in music. Follow us all week long for exclusive content about Breakaway, including interviews with scheduled acts that you won’t find anywhere else.

This week’s concert lineup kicks off tonight as K. Flay takes the stage at The Fillmore. Other concerts this week include a show with so much anticipation that it needs to happen twice, a rising country star, an iconic American rock band, and more. The full lineup of concerts in Charlotte this week is as follows: 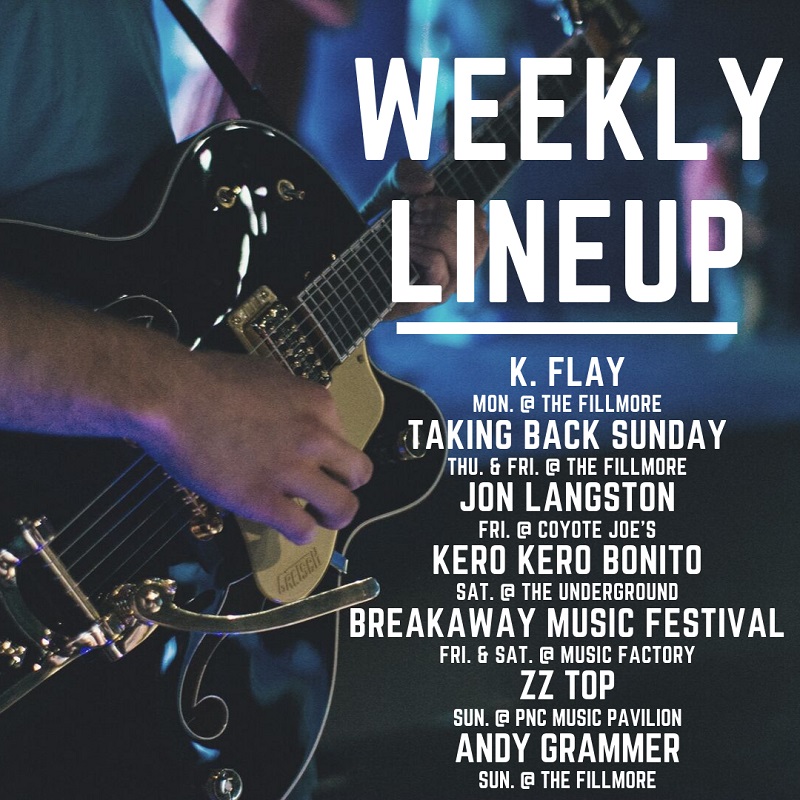