Breakaway Music Festival returns to Charlotte, NC this weekend and it features several big names in music across a variety of genres. Taking place at the AvidXchange Music Factory festival grounds, the event kicks off this Friday afternoon at 4:00 pm. In anticipation of the festival, our team at Charlotte Concert Guide has you covered with exclusive content all week long, including interviews with some of the biggest acts that are taking the stage this weekend.

Bryce Ross-Johnson, who goes by the stage name Bryce Vine, is a singer-songwriter born in New York City and raised in Los Angeles. Bryce arrived on the music scene in 2013 with the release of his first two singles, Take Me Home and Where the Wild Things Are. He has since released several singles, three EPs, and his first album Carnival, which he is currently touring.

Bryce gained tremendous popularity with the release of his hit single, Drew Barrymore, in 2018. The song was the first track released from Carnival and became an instant radio sensation. Set to take the stage at Breakaway in Charlotte this Saturday, we had the chance to ask Bryce a few questions in anticipation of his performance. Here’s what he had to say – 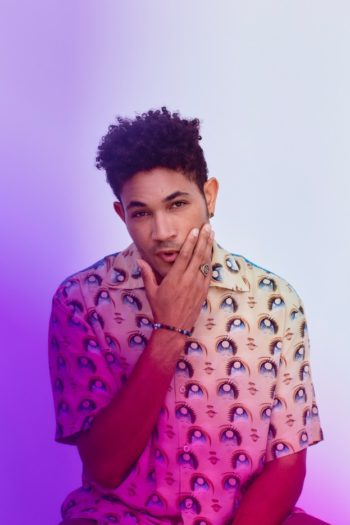 We saw your concert at The Fillmore in Charlotte back in February. What is it that keeps you coming back to the Queen City?

“I just really enjoy it here! The people, the vibe, and the southern hospitality!”

In an article by LA Weekly in 2016, it’s noted that Third Eye Blind is your favorite band and your biggest musical inspiration. How does 3EB still inspire your music today, particularly as you created Carnival?

“The songs they wrote that affected me when I was 13 still affect me today. The lyrics are so well written and honest that I still feel related to them.”

The same article also mentions that, at the time, you had not yet had the chance to meet 3EB’s lead singer Stephan Jenkins. Have you since met him?

“I haven’t! They reached out to me over Twitter inviting me to be a guest at their LA show in 2017. I went with my best bud and had a blast. The production team told me to stay after to meet the band, but I didn’t. I don’t feel the need to meet my heroes.”

Who else in the music industry are you inspired by?

The song which first hooked us into your music was Glamorama around late 2016. From here we discovered the majority of your music that was released to that point, and have been fans since. Are there one or two of your songs that stand out to you as a favorite over the years?

“The songs from my new album Carnival are some of my favorites. Love Me Hate Me and San Junipero.”

Can you tell us about the time you first saw the recording from Drew Barrymore on the Kelly Clarkson show? Where does it rank on your favorite memories as an artist?

“I’ve had so many amazing experiences the last year but this was a big win! I had no idea Kelly was going to surprise me like that. She is actually the sweetest human I’ve had the pleasure of meeting.”

Having performed in Charlotte multiple times in the past, Bryce also shouted out The Fillmore as his favorite concert venue in Charlotte. For those who have not yet had the chance to see Bryce Vine live, Saturday is the perfect opportunity. The combination of the music, the crowd, and the energy that Bryce brings to the stage makes for a can’t-miss experience.