OCTOBER 9TH, 2019 – The lights dimmed as Maggie Rogers took the stage at the premier venue of Charlotte’s Metro Credit Union Amphitheatre. Her eager fans greeted her with a crescendoing of cheers that filled the crowd from the front pit, all the way to the back fence of the lawn. The grass was wet, but it didn’t matter – everybody stood for the entirety of the incredible performance, marveling at this Angel and a Siren – dressed in the whitest silk and entrancing the audience with the beauty of her divine voice.

Maggie began the set with (arguably) her most famous song – Fallingwater, but she disguised it with an amazing intro that featured the power of her instrumentals and vocals. Her visuals were simple yet effective, playing with the contrast of the shadows and the light, the silhouettes and the vibrant color. When the listeners finally realized that she was about to open with Fallingwater, the excitement and energy swept over the outdoor auditorium. This feeling never wavered throughout the show, not even for a moment. Rockstar or runway model? Shania Twain or Adele? The impeccable performance felt so familiar, yet so unique. 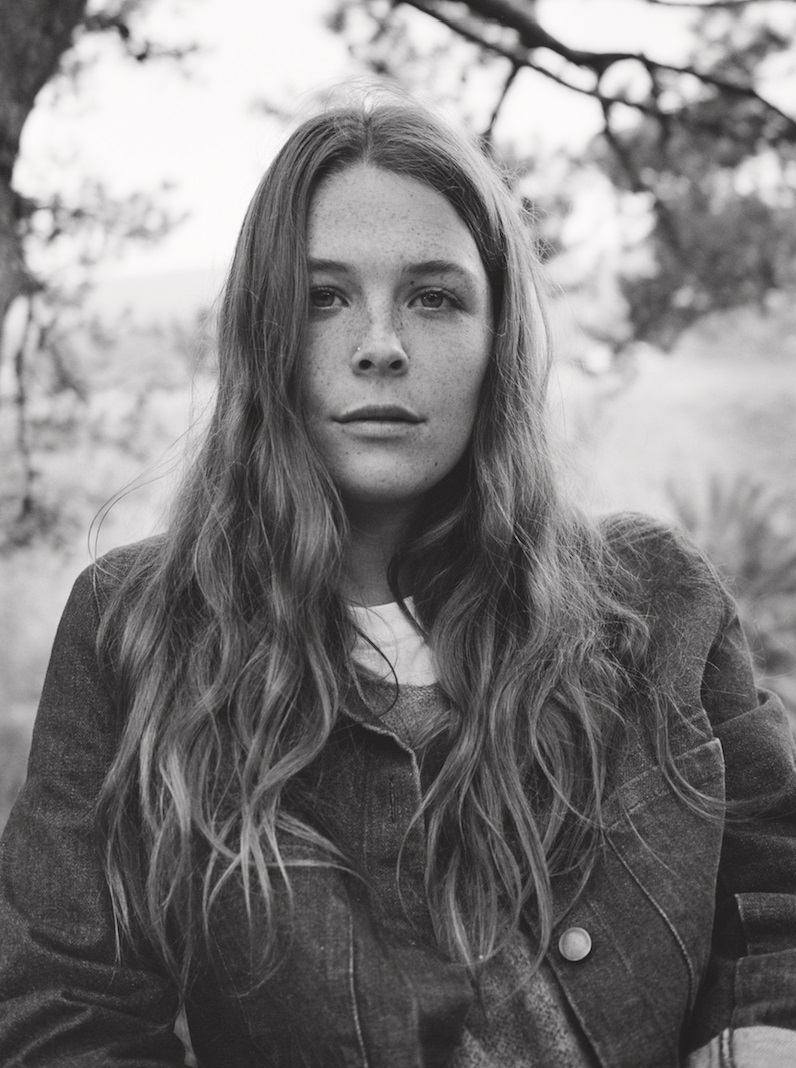 Later in the show, Maggie told the crowd that Charlotte (and a few specific people) hold a special place in her heart. She had performed here on a front porch, years before the fame, back when she was only 18 years old and still figuring herself out. Now, nearly seven years later, she had stopped again in Charlotte to finish what she started. She even invited these special people, putting them in the VIP section and shouting them out to make sure they knew how much this meant to her. She moved with the confidence and grace of a seasoned performer, yet everything she did demonstrated the purity of her humble persona.

Maggie came to Charlotte as one of the final destinations on the opening tour of – Heard It In A Past Life. This perfect debut album has taken the world by storm, an apt analogy for the complicated artist that uses the motifs in her music videos of Nature, day versus night, and thunderstorms. She has definitely earned a break from touring and creating, but she did showcase an awesome new song, so it doesn’t seem that she plans on an extended hiatus.

At the end of this magical night, she walked off stage but quickly returned for a solo acoustic version of the song that started it all – Alaska. Take away all of the production, the talented band, and all of the bells and whistles – her voice was even more angelic as she harmonized with the simplicity of a strumming guitar. The final rendition was so different from the album version, but equally as powerful.

Before creating the album, she was just another gifted student in the masterclass at New York University’s Clive Davis Institute of Recorded Music. During the final project of the class, she presented her original version of Alaska for the one and only Pharrell Williams. Pharrell had been invited to provide constructive criticism for all of the aspiring artists, but upon hearing Maggie’s rendition of Alaska, he remained at a loss for words and on the verge of tears. The moment the song ended, he proclaimed “Wow..wow…..I have zero zero zero notes. And I’ll tell you why..it’s because you’re doing your own thing.”

Soon after, she signed with Capitol Records via Debay Sounds so that she could maintain “more control over her sound and image than many artists at a similar place in their music careers.” Good news for her, and great news for us. After the debut of such a flawless album, this progressive musician deserves to continue exploring and growing without the suffocating pressure of the music industry. We are so excited to see what comes next in the second step of her manifesting career.

Thank you Maggie Rogers, we can’t wait to see you again soon.