Ellie Morgan is a singer-songwriter with an astounding voice who is native to Charlotte, NC. Morgan’s music can be described as acoustic soulful pop, and influences like Colbie Caillat, Taylor Swift and Adele can be heard in her original songs.

Morgan started singing at a young age. She performed solos in her elementary school choir and began playing guitar at the age of 10. Today, Morgan plays multiple shows on a weekly basis throughout the QC and across the Carolinas. 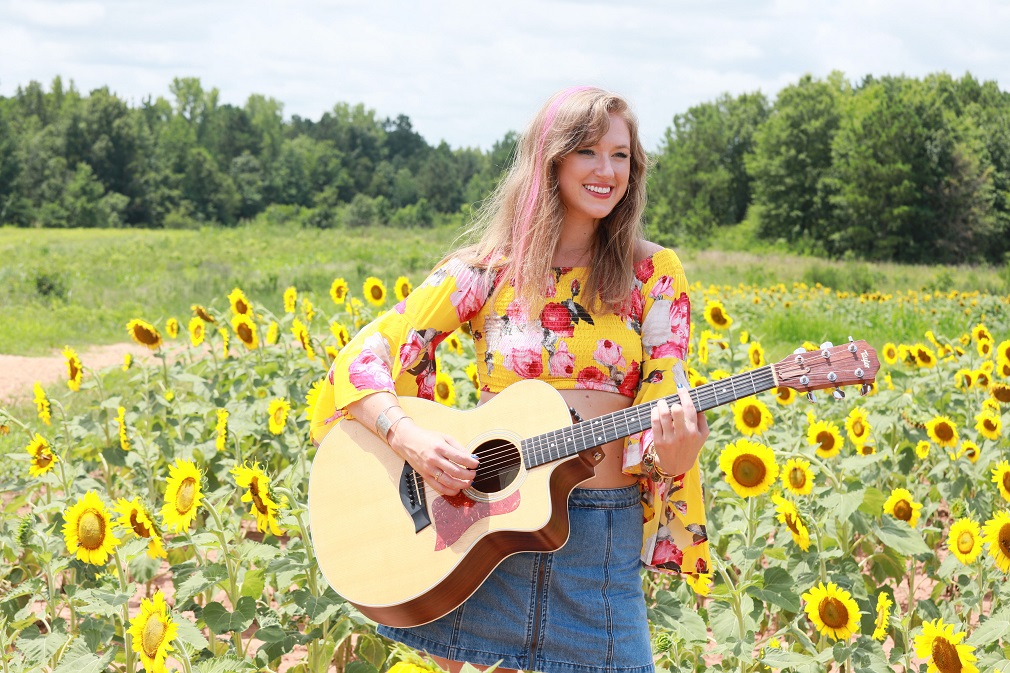 Morgan released her first album, titled Places I Hide, in December of 2017. The album is currently available for listening on all major streaming platforms, including Spotify and Apple Music. Morgan released a follow up single, titled Daddy’s Arms, not long after, and her second album is scheduled to be released in 2020.

You may recognize Morgan from performing at several different venues in Charlotte, such as The Evening Muse, Whiskey Warehouse, Heist Brewery, and several others. Morgan has also sung the National Anthem at the start of games for both the Charlotte Hornets and the Charlotte Knights. A few of her many upcoming shows include tonight (11/27) at Inizio Pizza in Dilworth, Friday (11/29) at The Hobbyist in NoDa, and Saturday (11/30) at Divine Barrell Brewing in NoDa. Check out all of her upcoming shows by visiting her website here: https://www.elliegood.com/upcoming-concerts/

Stay updated on all of Morgan’s music by liking her on Facebook and following her on Instagram. And if you’re busy with Thanksgiving festivities this week but itching to know what her music sounds like live, check out the video below which showcases Morgan singing her aforementioned single, Daddy’s Arms, while performing at The Evening Muse. Her talent is truly exceptional.