Kaska Sun is an alternative band local to Charlotte, NC made up of four members – Dan Smith on vocals and guitar, Cory High on guitar and vocals, Robert Wildermuth on bass, and Matt Cole on drums. The band formed in 2018 and released their debut EP, Title Fight, the following year.

Kaska Sun will be starting the festivities at Visulite Theatre in Charlotte this Saturday night when they set the stage for the release of Courtney Lynn & Quinn’s debut album, Remiss. 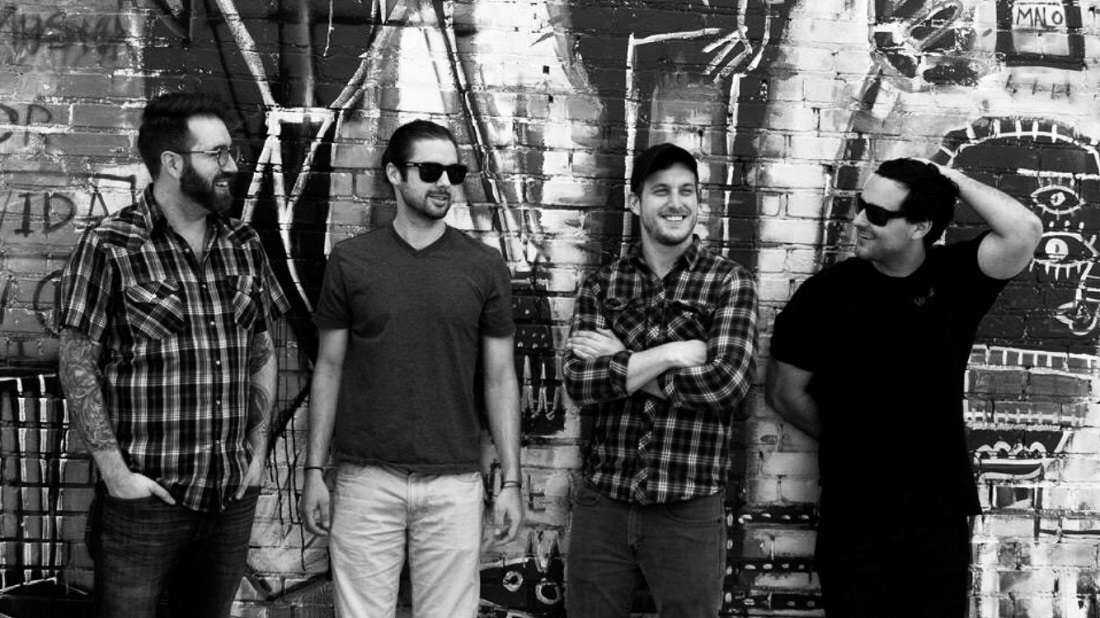 In anticipation of the upcoming show, we were fortunate to get to know Kaska Sun a little bit better. Check out our interview with the rising band below, and be sure to see them live alongside Darby Wilcox and Courtney Lynn & Quinn at Visulite Theatre this Saturday night. At the time of publishing, tickets for the show are available for $12 in advance or $15 the day of.

How did you come up with your name, Kaska Sun?

I (Dan) was reading native-American folklore at the time and stumbled upon tales from the Kaska tribe, a people native to British Columbia. After some research, I found that the word “Kaska” appeared in cultures for millennia. For instance, it was a Bronze Age non-Indo-European tribe and is a Greek baby name which means “pure.” “Sun” represents life. In short, Kaska Sun means “pure life.” We make heart-felt and personal music. There’s no façade, no frills, no illusions… what you see is what you get. We want to give our audience something “pure” to which they can relate and make their own. That’s why I love music so much. It’s always there when you need it and it never lets you down. That’s Kaska Sun..

What brought you all to Charlotte?

We all moved for different reasons. Cory is actually the only member from North Carolina. Bobby moved from Ohio to be with his now wife, Matt moved from Virginia after college for work, and Dan moved from New Jersey to be closer to family. We all really love it here.

Was there any thought in pursuing music in another city?

Dan pursued music in NYC for a few years after high school, but nothing really ever happened. Charlotte has a smaller community and you’re more of a big fish in a small pond opposed to a big fish in an ocean. Buzz gets around pretty fast in this city and we have had so many people come out of the woodwork to help us. I wouldn’t go anywhere else. There is so much talent in this city.

How often do you perform in Charlotte?

We try to play Charlotte at least once a month.

How do local shows compare to festivals like the Hops and Hogs show you did?

Hops & Hogs was pretty intense. I never thought I would ever play for a crowd of ten thousand so the whole thing was pretty surreal. Local shows are more intimate and there’s less space between us and the crowd which is something we really enjoy during a performance.

Where did the name for your debut album, Title Fight, come from?

Title Fight was an inside joke. There’s a lyric in our song “Empty Space” which is “in time you’ll find” and our drummer Matt thought I was saying Title Fight.

We can't wait for the Courtney Lynn & Quinn album release show this Saturday (1/18) at Visulite Theatre. As a featured act, what about the show are you most excited for?

We cannot wait either. Our first gig as a band was opening for Courtney Lynn & Quinn last year and we are so thankful for their support. We have a lot of new material so we are just excited to play. It’s going to be a great time.

Is there anything else you would like to highlight about your music?

Just listen, we hope you get something out of it. We will be working on a new EP slated for release this summer so keep your eyes open for that one as well.