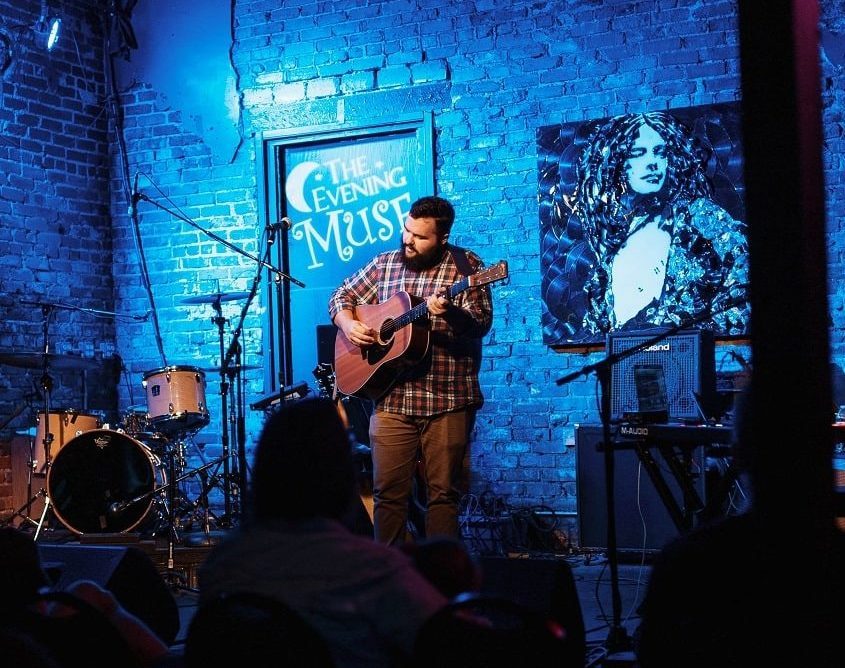 Dane Page, a singer-songwriter based in the Queen City, is bringing his infectious folk music to the Charlotte music scene and we all need to give it a listen. An equally talented storyteller, Page’s lyrics take the listener on a journey filled with the highs of love and happiness, accompanied by the lows of pain and loss. His original music crosses elements of contemporary folk artists like the Lumineers and Josh Ritter with sounds reminiscent of Tame Impala and The War on Drugs. Page currently has an EP, a full-length album, and his latest single available for listening on major streaming platforms including Spotify and Apple Music.

In addition to touring as a solo act, Page also performs with a full band consisting of himself and three others. Eric Fellner plays bass, Kevin Orlando is on guitar, and Josh Kelley rocks the drums. The four members create a dynamic group that crafts a must-listen-to blend of folk, rock and blues. And since our words can only do so much to portray the music, here’s a video of Page and the crew performing the title track off of his debut album, Selma:

Page performs throughout North Carolina on a regular basis. His next Charlotte show is scheduled for March 6th at The Evening Muse when he sets the stage for fellow NC native, Tyler Ramsey. Tickets for the show start at $15 and can be purchased through Eventbrite. Stay up to date with all of Page’s new music and show announcements by liking him on Facebook and following him on Instagram.