Reason|Define is an all-female hard rock/metal band based in the Queen City. The band brings an exceptional amount of energy to the stage every time it performs, making for an incredible experience for the entire audience. Made up of five members, the band features Paolina Massaro on vocals, Caitlin Rutkowski on bass and back up vocals, Savannah Ruff on guitar and back up vocals, Shelby McVicker on guitar, and Sydney McVicker on drums. 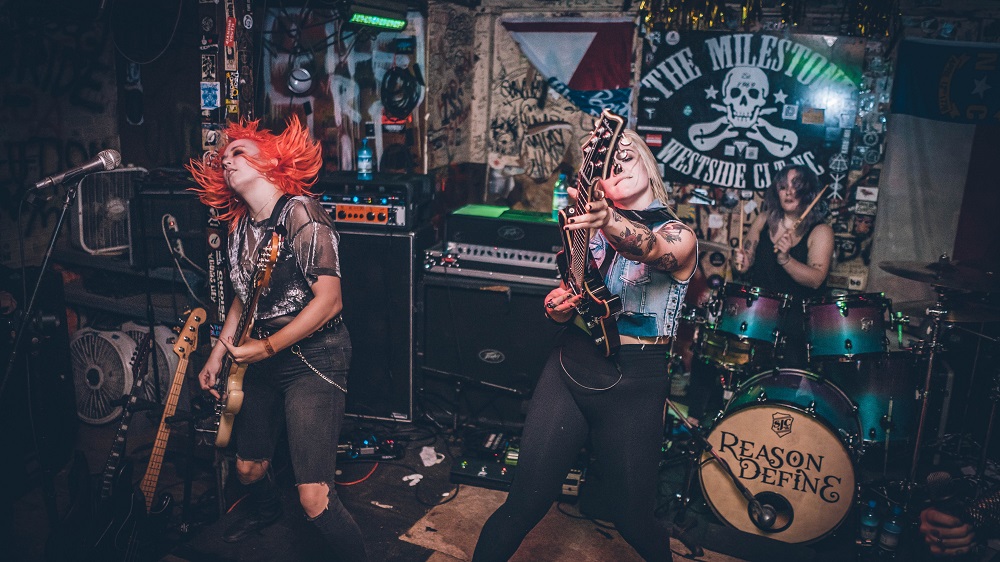 With compelling vocals, captivating rock-style riffs, and ear-catching breakdowns, Reason|Define has generated a large following since the group first got together six years ago. The band won Best Rock Band of the Year at the Carolina Music Awards in 2016, and Ruff was personally awarded Rock Female of the Year at the Queen City Awards in 2019.

Drawing on inspirations such as Tonight Alive, State Champs, Every Time I Die, Coheed & Cambria, and Beartooth, all five members pull from different styles of music. The diverse interests are reflected in the band’s original music, making for a uniquely varying sound.  The group noted, “We have some songs that are more like a heavier Paramore vibe, and we have some songs that are almost like an Avenged Sevenfold vibe. We even have a piano ballad.” 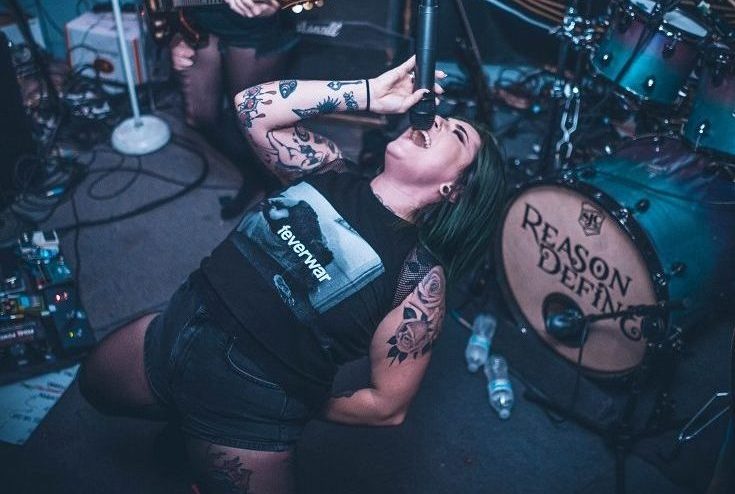 The band has released two albums to date, both of which are available across major streaming platforms, including Spotify. When asked what makes their music unique, the band expressed the following: “We try to make our music as emotive and therapeutic as possible. The writing and performing process is the way that we express and begin to understand the emotions and situations in our personal lives. We hope that when people listen to our music, they also are able to connect with emotions inside of them and find some level of comfort in it.”

Reason|Define will be wrapping up its current tour through Alabama, Louisiana, Texas & Mississippi with Gandhi’s Gun on March 7th. The group’s next Charlotte concert is scheduled for Saturday, March 28th at The Milestone Club. All Charlotte-area rock fans should mark that date on their calendars as Reason|Define puts on a show that you will want to experience again and again. To stay updated on all of the band’s upcoming shows and new music, be sure to visit their website, like them on Facebook and follow them on Instagram.