Check Out Sun-Dried Vibes: A Thriving Reggae/Rock Band Based in the Charlotte Area

Sun-Dried Vibes is a reggae/rock band originally from Rock Hill, SC and now based in the Charlotte, NC area. The five-piece group frequently draws comparisons to Rebelution, 311 and Slightly Stupid, and puts on high-energy live performances roughly 275 times each year. Having first formed in 2010, Sun-Dried Vibes has released three full-length albums to date and accumulated an incredible fanbase along the way. 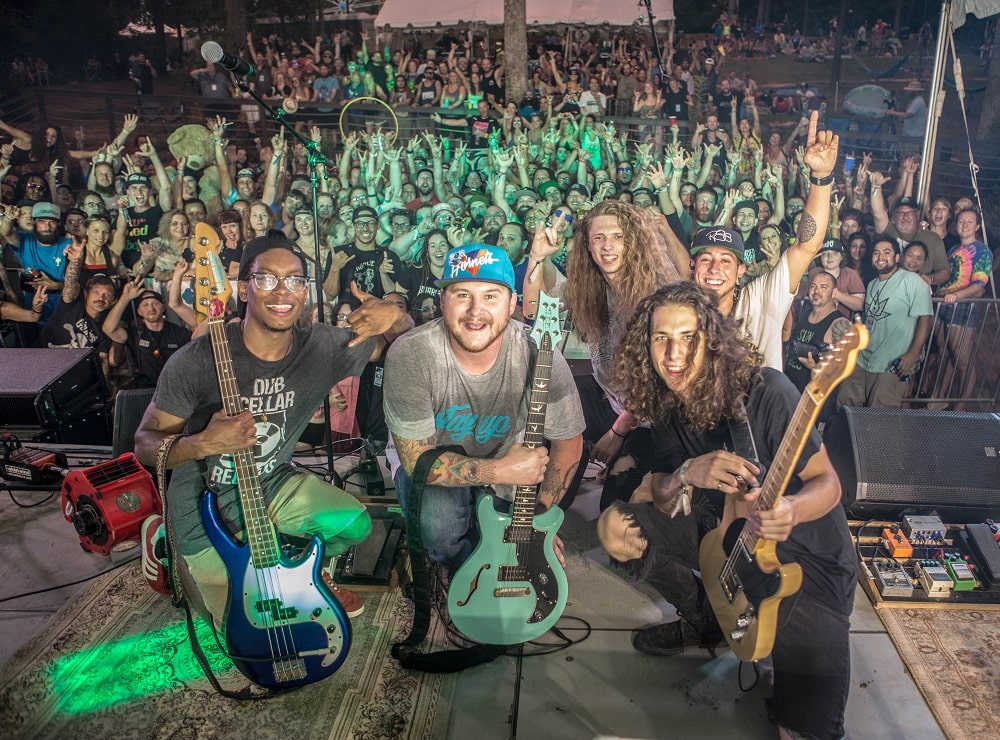 The group’s most recent album, titled Stay Hopeful, was released in August 2018, debuting at #1 on the iTunes Reggae Charts and #3 on the Billboard Reggae Charts. The album features some fantastic names from the reggae/rock music scene, including the aforementioned Rebelution, as well as The Movement, Tropidelic, Bumpin Uglies, and previous CCG Featured Artist, Of Good Nature. As a group, they pull from a variety of influences ranging from classic rock and reggae music to hip-hop and R&B.

When asked what makes their music unique, the group responded: “We aren’t a typical reggae band, but our style of play is unique alongside our vocalist’s one-of-a-kind voice. We have laid back, pop tunes that evoke thought and emotion through thoughtful lyrics and smooth grooves.”

Sun-Dried Vibes has been recognized with various awards over the years, including being named South Carolina’s Rock Band of the Year by the SC Music Awards in 2012, 2013, and 2016, and Charlotte, NC’s Best Local Band in 2012 by Creative Loafing. The group also hosts its very own music festival called Surrounded by the Sound. This year’s installment of the festival is set for May 16th and will take place at Pinhouse in Charlotte, featuring great music, craft beer, disc golf, and much more.

Sun-Dried Vibes’ music is available for listening across major streaming platforms, including Spotify. You can also get a taste of the group’s great vibes in the music video below for its song Smoke Sessions, featuring Rebelution and TreeHouse!:

The group’s next Charlotte-area show will be at Surrounded by the Sound music festival when it comes to town in May. In the meantime, be sure to stay updated on all of Sun-Dried Vibes’ music, show announcements and more by visiting their website, liking them on Facebook, and following them on Instagram.