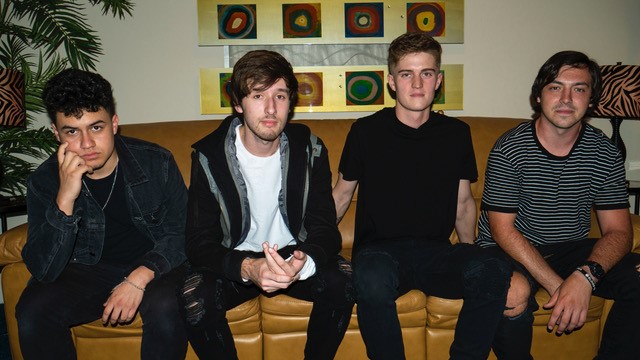 American Theory is a progressive rock band based in Charlotte, NC that has generated a massive buzz since releasing its debut album, Your Local Politics, in 2018. The album, which is available across all major streaming platforms including Spotify and Apple Music, features a multitude of incredible tracks, including The Lion and the Liar and Colors.

The Lion and the Liar – the album’s intro – showcases the band’s natural energy. The song generated so much hype that it is featured on the soundtrack for NASCAR Heat 4, a videogame for Xbox, PS4 and Microsoft Windows that simulates the 2019 NASCAR season. Colors – the album’s hit single – is slightly more relaxed but will have you rocking along. The song’s music video won ‘Best Rock Video’ at the Carolina Music Video Awards after its release in 2018, and for great reason – it’s an artistic masterpiece. Check it out for yourself below:

American Theory is made up of four members – Devyn Byrd on vocals and guitar; Nick Saj on guitar; Michael Luce on bass and vocals; and Eric Barrera on drums. Combining to create an unmistakable liveliness, the band has opened for the likes of Saving Abel as well as Danny Worsnop of Asking Alexandria. Collectively, the group draws on many musical influences within the post hardcore, progressive metal and math rock genres.

As 2020 unfolds, we are expecting big things from American Theory. All fans of rock music, whether in the Charlotte area or not, should keep an eye out for new music from the talented group. Stay in the know about all of American Theory’s upcoming releases by liking them on Facebook, following them on Instagram, and visiting their website at https://www.americantheory.net/.