Jam Out to the Upbeat, Feel Good Music of Charlotte-Based Funk Band, AKITA 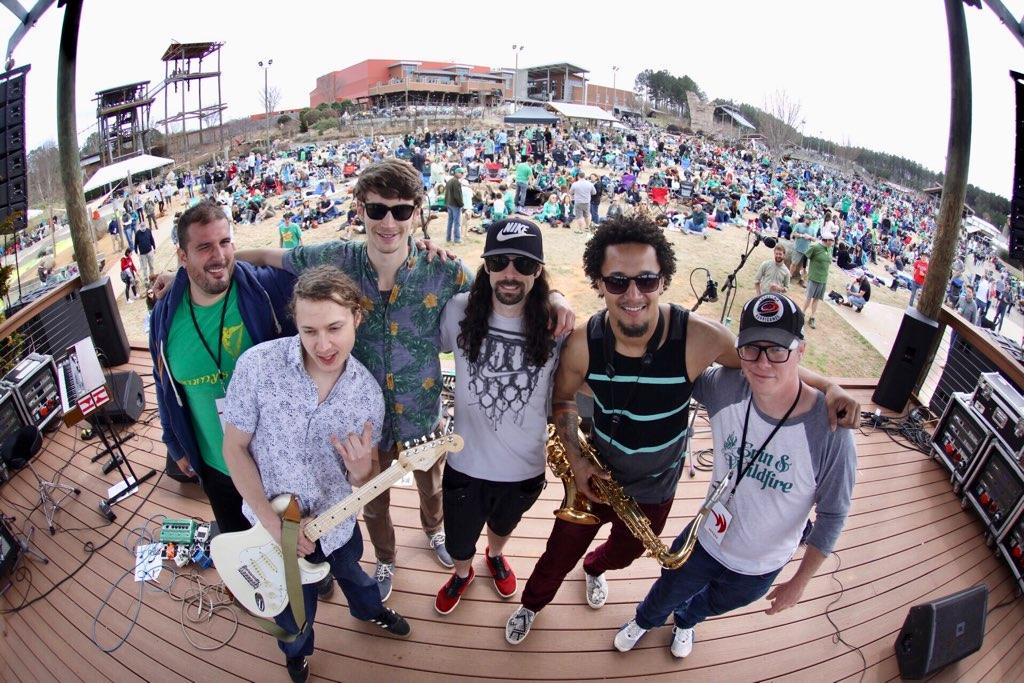 AKITA is a funk band based in Charlotte, NC that can be seen playing throughout the area at local venues and music festivals. The dynamic band draws on inspirations from legendary funk artists and groups such as James Brown, Lettuce, The Meters and others, while uniquely incorporating elements of reggae and rock. AKITA recently brought its fun and lively talent to Unknown Brewing for the brewery’s “6.5ish Anniversary Music Festival” at the beginning of March.

AKITA is comprised of six talented musicians – Zak Ferrell on bass, Charlie Lampercht on saxophone, Dan Hamalainen on trombone, Sam Farnham on guitar, Patrick Buckley on drums, and Tomi Gulden on keyboard. After originally getting together in 2017, the band released its first EP for listening across all streaming platforms, including Spotify, in 2019. The EP, titled Go!, features five tracks of deep grooves that will have you moving along. Our favorite is the third song on the compilation, titled Paul Rudd.

The band’s mission is to “forge a wave of infectious beats and grooving melodies that draw crowds and get feet moving across the country.” And if you listen to their music, you’ll notice that they are fast on their way. The positive vibes of AKITA are certain to put a smile on your face, even during the uncertain times of today. Great music can truly make difficult times just a little bit better.

AKITA has no upcoming shows scheduled due to the current state of today, but be sure to like them on Facebook and follow them on Instagram to stay updated on new music and be in the know when their next show date is announced.