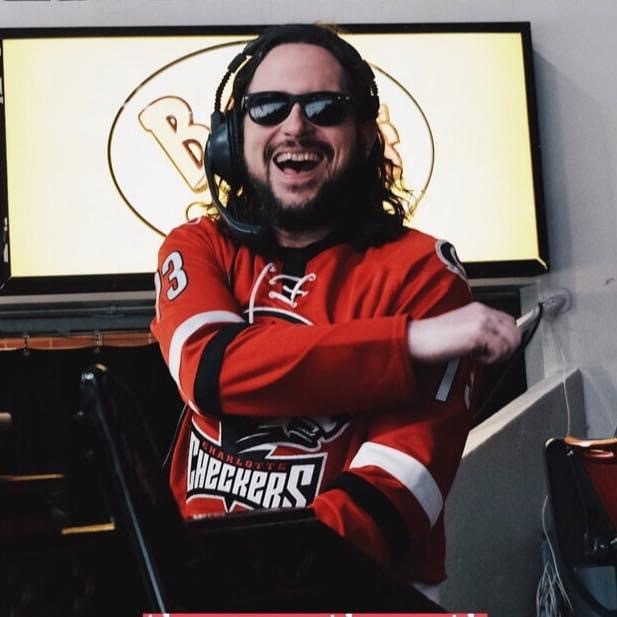 If you’ve been to Bojangles’ Coliseum for cold beer and Checkers hockey, then you’ve also appreciated the music of Jason Atkins a.k.a. Greazy Keys. This professional freelance musician is also the full-time organist for Charlotte’s AHL team – capturing a new crowd every night. Like any talented hockey organist, Greazy Keyz can effortlessly blend between timely sound effects, recognizable songs, and expert level technique. He navigates the dual keyboards of the organ with obvious comfort and plays with an impressive combination of poise and energy. Above all else, Greazy Keyz serves as the hype man and the soul of the stadium – starting with the national anthem(s), helping pass the time through intermissions, and filling up the room with music during any other breaks in the game.

Nothing adds more to the home-ice advantage than an experienced organist that is able to unify the audience with electric timing. There aren’t many things in life more exciting than being at a close game in the 3rd Period and hearing that energizing organ riff – the type that builds up and cuts out at the exact moment that the referee drops the puck. Greazy Keyz doesn’t just play music – he puts the fans on the edge of their seats.

You may recognize him from his signature look – Charlotte Checkers jersey, dark shades, black beard and long hair. If we’re talking dopplegangers, we can’t think of a better comparison than Dave Grohl. As far as artistic influences, Jason draws from a variety of styles and genres and has identified some of his inspirations as Booker T., Jimmy Smith, and Chuck Leavell.

When you consider his love for vintage keyboards, his aptitude for live performances and his outgoing personality, it makes a lot of sense that Jason Atkins has effectively transformed into the alter ego of Greazy Keyz. He is the only sports organist in the Queen City, and in addition to playing at every Checkers’ home game, he was featured last year as the guest organist at “Throwback Nights” for the Charlotte Hornets. In 2019 he won the award for QC Nerve’s Best Hustler, and he has accompanied many notable musicians on stage and in the studio. This week at Charlotte Concert Guide, we are excited to present Greazy Keyz as our Featured Artist, and we can’t wait to enjoy his music again when the Checkers take the ice next season.