Do you like good music? Then you’ll love BadCameo 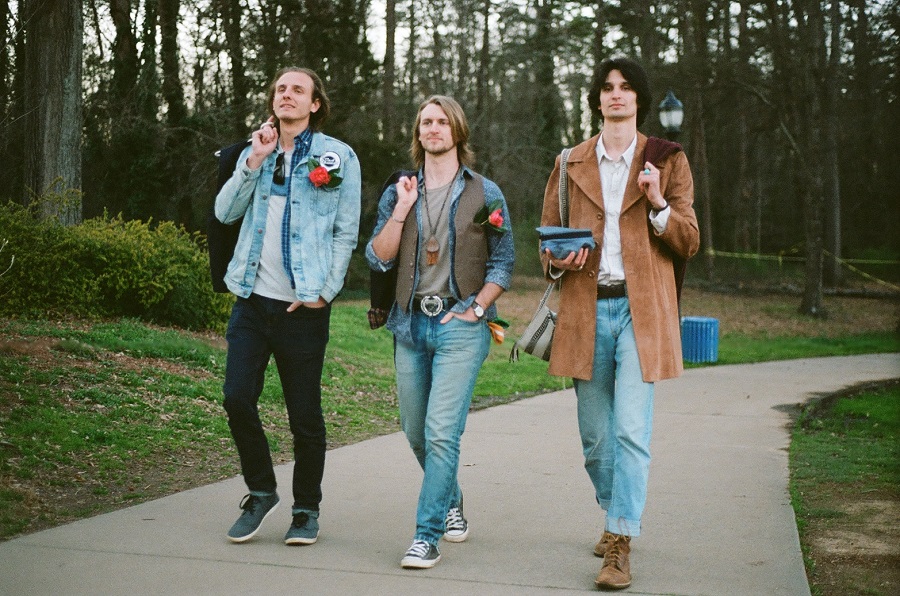 This week at Charlotte Concert Guide, we are delighted to present ‘BadCameo’ as our Featured Artist. These guys are so funky, so talented, and so much fun. They have certainly built up a name for themselves over the last few years and they always put on a great show, whether at a popular music venue like The Evening Muse, an intimate setting for a SoFar Sounds show, or a hybrid venue like the Resident Culture Brewing Company. In addition to the beautiful music, BadCameo creates an exciting and inclusive atmosphere, self-describing their sound as “Indie-Funk Fusion.” On June 12th, they performed at The Music Yard Summer Drive-In Series, taking the stage that fits neatly between Southbound Restaurant and Mac’s Speed Shop on South Blvd. This was the first major ticketed concert since March, and they certainly lived up to the hype on that beautiful summer night.

BadCameo is a three-piece band that consists of Lando, Geoff, and Dan. Lando is the frontman and brings an incredible energy and passion to the music, both as the lead singer and lead guitarist. As a vocalist, his skills are powerful, professional, and impossible to ignore. On the guitar, it’s evident that he has a diverse musical background, easily blending the groovy, emotional and soulful elements of their sound. Geoff is an amazing musician, nonchalantly alternating between the keyboard and the bass guitar to provide the rhythm for the band. His versatility is a major part of why BadCameo is able to play over such a wide range of styles and genres. Whether you need a steady bassline or a nasty solo on the keys, Geoff has got you covered. Dan the drummer is always smiling, and for lack of a better analogy – he’s the heartbeat of this band. BadCameo features a variety of complex patterns with a propensity for sudden shifts in tempo, and Dan is consistently on point, hitting his mark. It’s cool to see him achieve this precision by actively communicating with Geoff and Lando, both through verbal and visual queues. He’s not just some drummer hidden in the back – he’s the foundation of their sound.

When you watch this trio perform it’s obvious how much fun they are having, and their happiness to be on-stage quickly sets the mood for every concert. It’s important to wear comfortable shoes because you’re guaranteed to be dancing and grooving for their entire set. BadCameo’s motto is “fuse whatever you got into the music”, and they showcase this mantra in their newest EP ‘Neon Souls’ which they have summarized as “exploring relationships with oneself and others through times of change – with a funky twist.” Back in February, BadCameo played a sold-out show at Evening Muse to debut their ‘Neon Souls’ EP, and it was an electric performance. Don’t just take our word for it – check out the full video here:

You can also find them on Spotify, and they are constantly booking shows in the area.

Keep an eye out – if you’re looking for a good time, you’ll always find one with BadCameo.