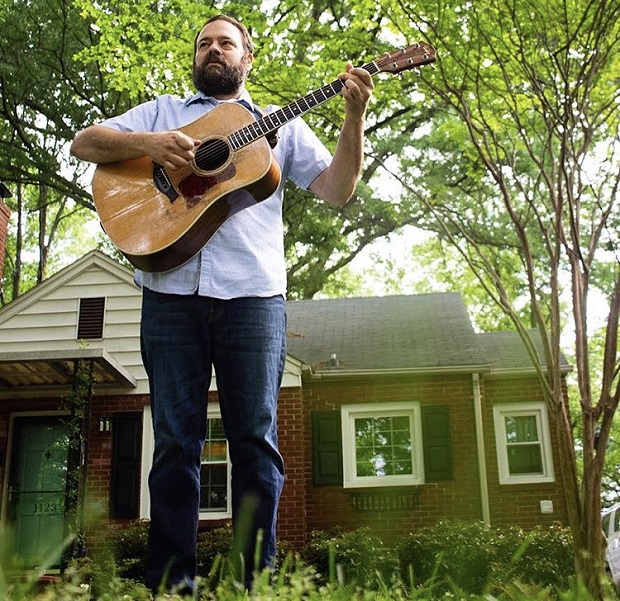 This week at Charlotte Concert Guide, we are extremely proud to have Josh Daniel as our Featured Artist. This man can do it all – he’s a wonderful musician, an amazing person, and an even better father. Josh has made his name playing local venues in the Queen City, but since the start of the pandemic, he has been forced to adapt to continue providing for his family. At first, Josh wasn’t quite sure how to approach the quarantine, but his wife Kellie suggested that he continue playing by performing for the neighbors. He started out on his front porch so that everyone could enjoy his music and a welcome break from the monotony of social distancing. After realizing the popularity that his front yard concerts had garnered, Josh decided to expand his viewing audience by posting livestreams of the shows. This idea quickly evolved into what Josh has now labeled as ‘The Quarantine Sessions’ – one livestream, every single day until the state feels it can safely remove restrictions. Today, on Wednesday June 24th, Josh will be playing his 100th livestream in a row! Make sure you tune in on his website to show your support for this persevering local musician. Check out this video to get an idea of what Josh can do with a guitar in his hands:

Believe it or not, 100 livestreams in a row isn’t even the best piece of the story. You may have already heard about him on Charlotte Observer or WBTV, but Josh has a very unique family situation. Sonny, Josh’s two year old son, was born with a rare genetic disorder known as Apert Syndrome that required a major surgery in the middle of the pandemic. We can’t imagine the stress and determination it took for Josh and Kellie to get through this, and we feel lucky to have these incredible people as members of the Queen City community. The Quarantine Sessions have not only helped cover some expenses for the Daniel Family, but it has also enabled them to spread awareness of Apert Syndrome and raise money for the Craniofacial Children Foundation that will help other children around the world that are born with the same disorder. You can get involved too by donating to the CCF, buying some of Josh’s merchandise and CD’s, or tuning in to his livestreams to appreciate his music.

As a musician, Josh Daniel is both an artist and a jack-of-all-trades. He can captivate you with an extensive variety and genres of cover songs, and he also has plenty of original music to spice things up. The most impressive part is that he has played a different set during every livestream, an accomplishment that is truly “easier said than done”. If you’ve checked out any of his shows or videos, you’ll know that Josh is almost always surrounding himself with other talented musicians that play in the local scene. We can’t wait to see him take the stage again to showcase his gifted vocals and versatile skills. For now, we are so grateful to Josh for providing a little bit of certainty during these uncertain times, and we love to see him using the power of music to keep bringing people together.