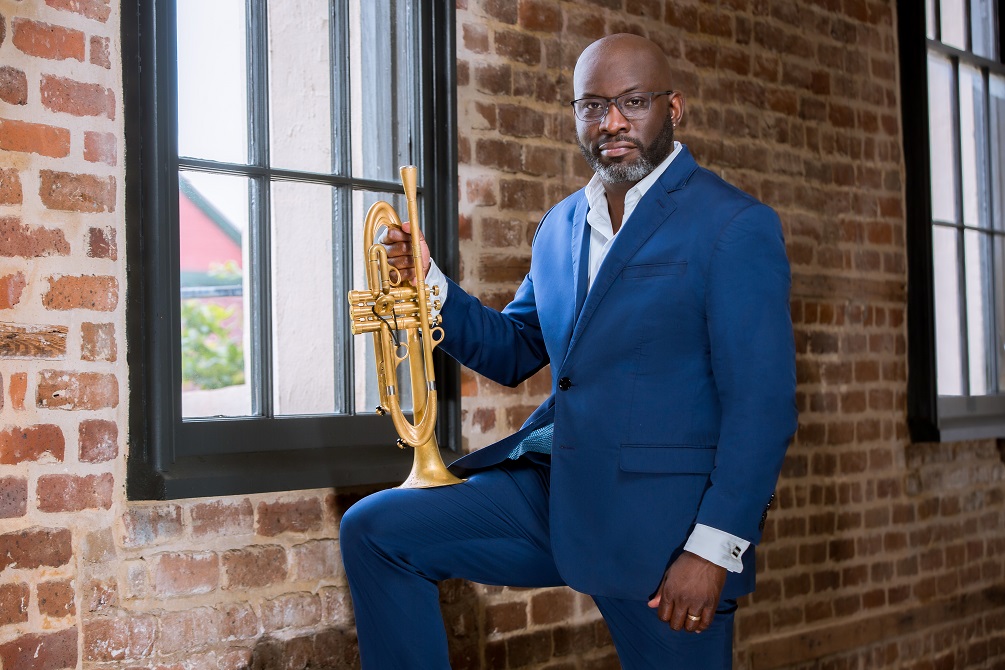 This week at Charlotte Concert Guide, our Featured Artist is the immensely talented Charlton Singleton. As a native of Awendaw, SC, he has made a name for himself as one of the premier trumpeters/musicians in the area, and he has an extensive and impressive portfolio that you can learn more about on his website. Charlton has not only performed throughout the United States, but he has toured the world, taking the stage in places like France, Great Britain, Scotland, Spain, Germany, Austria, Italy, Switzerland, Norway, and The Netherlands. He is a founding member of the quintet ‘Ranky Tanky’ that plays traditional Gullah music, and they just won the 2020 GRAMMY for Best Regional Roots Music Album! In addition, he founded the ‘Charlton Singleton Quartet’ which produces original music while also focusing on Jazz standards, pop, and R&B for their covers. Most recently, the ‘Charlton Singleton Quartet’ performed at Charlotte’s own Middle C Jazz, and we know they’ll be coming back soon. 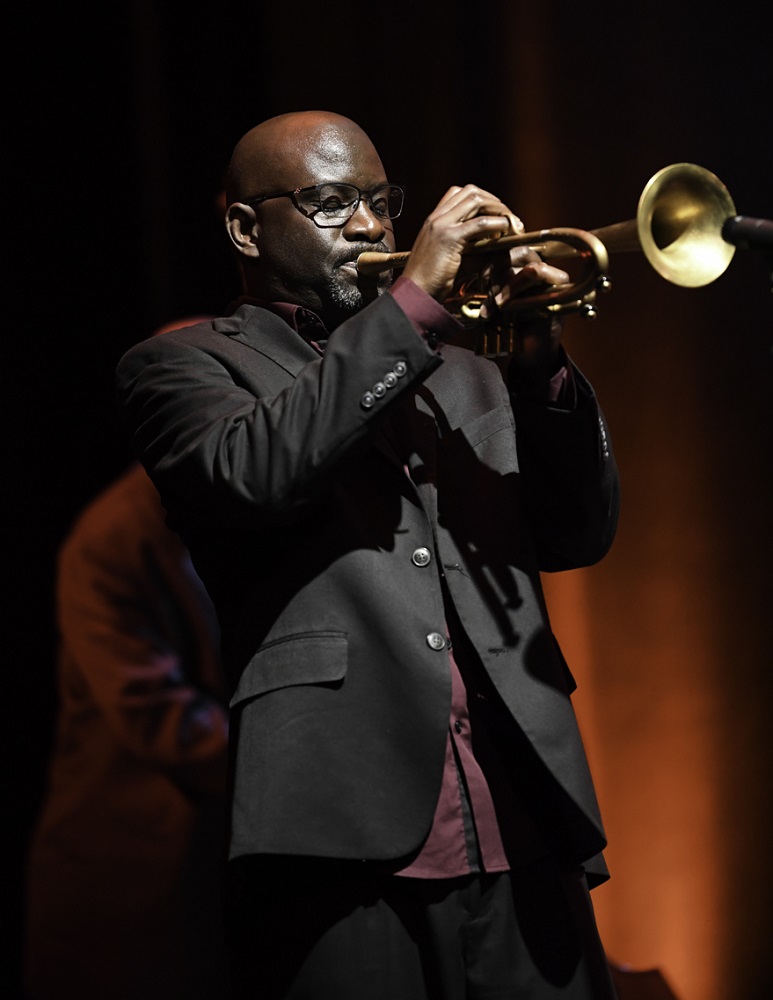 As a GRAMMY Award winning musician, composer and conductor, it’s really not surprising that Charlton has been so well-traveled in his musical career. While there is a high demand for his talents around the globe, he is someone who puts his family and his roots at the top of the pedestal. His background and experiences have shaped the artist he is today, and his family is one of the biggest inspirations for his original music. In 2013, he found a picture that was taken in 1995 of him helping his young daughter do her hair. He hadn’t seen the picture in almost 20 years, and it made him think about how she grew up overnight. It inspired him to create the song titled ‘Delicate’ that was featured on his album ‘Soul Cavern’ that came out later that year in 2013. There are so many examples of this in the catalogue of his work, and it adds an authentic, emotional aspect to the music he creates. You can listen to ‘Delicate’ on Spotify to get an idea of the skill, as well as the expertise of composition. The drums, piano, trumpet and bass all move together seamlessly, each getting their share of the spotlight before blending into the rhythm again. You can also listen to his music on major streaming platforms, and you can watch him in action with this live performance of The New Deal:

Charlton used to play in Charlotte at a club called Jackstraws back in the early to mid 90’s, so he has a long history with the Queen City. After receiving a Bachelor of Arts in Music Performance from South Carolina State University, he has taught music in schools at all ages and levels. In 2008, Charlton co-founded the Charleston Jazz Orchestra and was the Artistic Director and Bandleader for 10 years. He has done so much in his career, and he doesn’t plan on slowing down. In addition to ‘Ranky Tanky’ and the ‘Charlton Singleton Quartet’, he has started multiple other groups that cover a wide range of genres, instruments, and band sizes. Currently, he has four upcoming shows on the schedule, so click on the following links to make sure you get your tickets ahead of time for these awesome socially distanced events:

Follow along on Facebook and Instagram for more announcements, and keep your eyes open for new music as Charlton continues to expand his presence in the musical world! 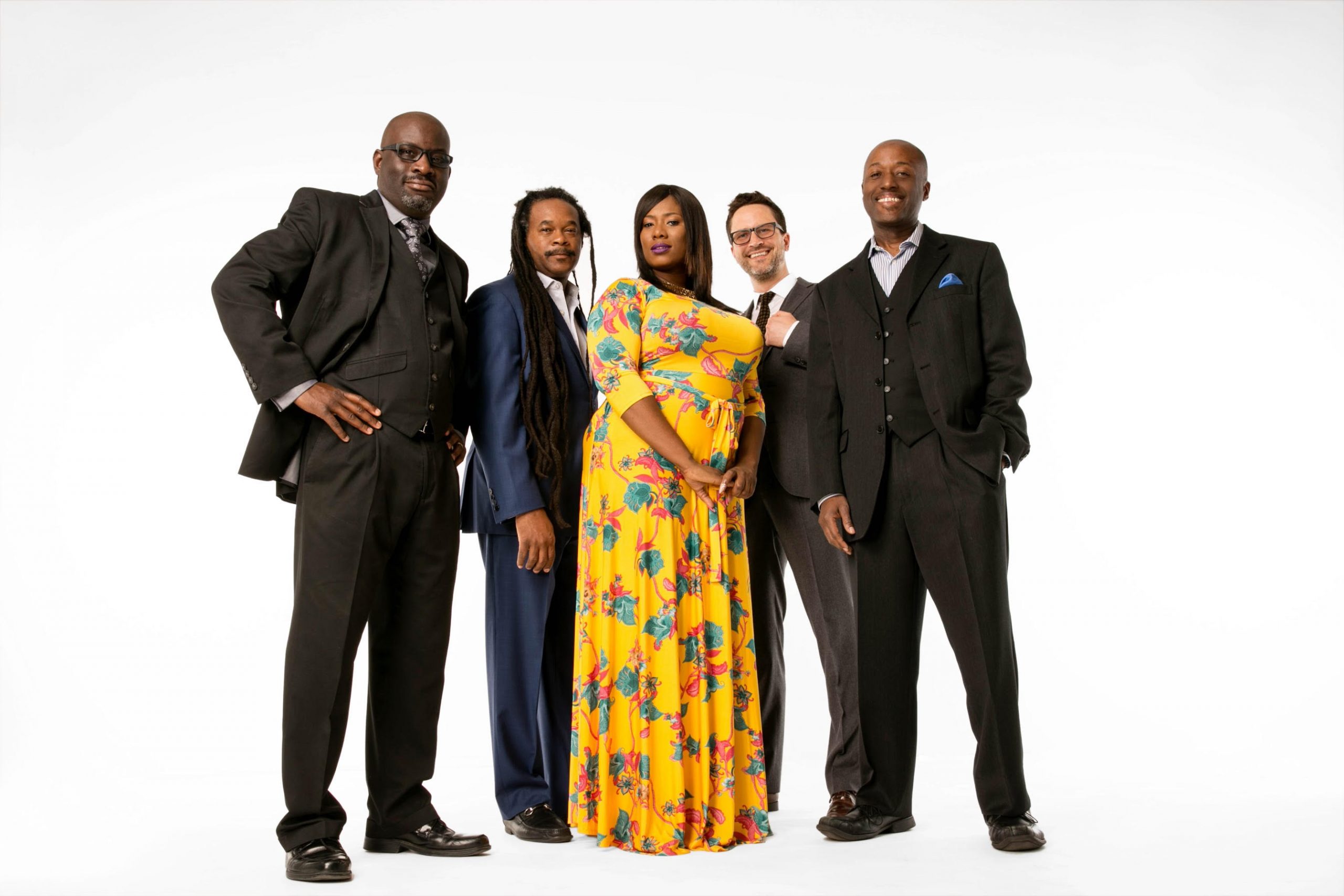